Family League’s Policy Team has jumped into the swing of the legislative session and is working hard to support the passage of legislation that meets our priorities of ensuring that in Baltimore, babies are born healthy, students succeed in schools, and families are safe and stable.

Earned Paid Sick Leave
On January 11th and 12th, respectively, the House of Delegates and State Senate passed The Maryland Working Families Act, ensuring earned sick leave benefits for over 700,000 working Marylanders. Family League is grateful to Delegate Luke Clippinger (46-Baltimore City) and Senator Thomas “Mac” Middleton (28-Charles County) who sponsored the bill in their respective chambers, as well as our partners at Working Matters, a coalition of organizations dedicated to securing this victory for Maryland’s families.

Ban the Box on College Applications
January 11th and 12th also saw the passage of the Maryland Fair Access to Education Act, which prevents public institutions of higher education from denying college acceptance to applicants, based solely on their criminal history. Family League is grateful to Delegate Maggie McIntosh (43-Baltimore City) and Senator Joan Carter Conway (43-Baltimore City), who sponsored the bill in their respective chambers, as well as our partners at the Job Opportunities Task Force and Out for Justice, who spearheaded efforts to ensure more equitable access to higher education for all Marylanders.

Maryland Alliance for the Poor (MAP) 30th Anniversary and Poverty Profile Briefings
In commemoration of the organization’s 30th anniversary, members of the MAP coalition briefed members of the House Appropriations and Senate Budget and Taxation committees on the state of poverty in Maryland. According to the report, poverty has increased by 19.1% in Maryland from 1990 to 2016, and by 5.5% in Baltimore City during the same period. The full MAP 2018 Poverty Profiles can be found here.

Baltimore City Delegation Meetings
Every Friday morning, the Baltimore City House Delegation convenes to discuss policy matters specific to the city. Family League’s Policy Team attends these meetings to monitor what will impact youth and families in our communities. 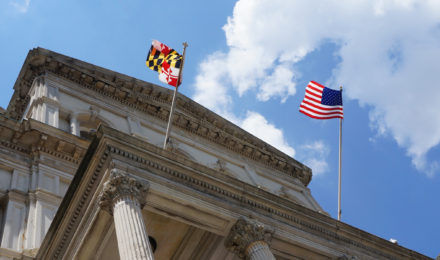